Veterans Day was originally referred to as Armistice Day. November 11, 1918 marked the official end of World War I, and to commemorate the day, legislation was passed in 1938 to dedicate the day to world peace and honor World War I veterans.

Sixteen years and two wars later following the Korean War and World War II, veterans service organizations called on the 83rd U.S. Congress to amend the Act of 1938 to include all veterans. Congress agreed, and on June 1, 1954, Armistice Day officially became Veterans Day. The day is a legal holiday dedicated to honoring all veterans who served honorably during wartime or peacetime in the military. 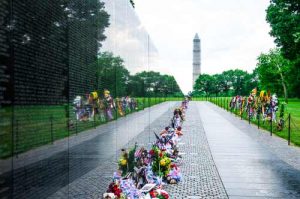 Some confusion has also come about over the years in regards to what date Veterans Day lands on. Originally the date was set for November 11th. However, in 1968, the Uniforms Holiday Bill was passed, providing federal employees three-day weekends for certain national holidays including Memorial Day, Veterans Day, Washington's Birthday and Columbus Day.

Since November 11th does not always fall on a Friday or Monday and allow for this, Veterans Day was deemed to be the fourth Monday of October.

The first Veterans Day under the new bill, in 1971, was observed on October 25th. Not all states agreed with this new policy and chose to observe it on its traditional date of November 11th, creating a lot of confusion nationwide. President Gerald R. Ford officially overturned the date change and returned Veterans Day to its original date in 1975 which we still observe today as being November 11th.

Perhaps President Dwight Eisenhower said it best in his letter to Harvey V. Higley when he designated him to be the Chairman of the Veterans Day National Committee; in the closing of his letter, he said: "I have every confidence that our Nation will respond wholeheartedly in the appropriate observance of Veterans Day, 1954." President Eisenhower wasn't just calling on Mr. Higley to honor our veterans on this day. He was calling on the Nation to show their appreciation of the men and women who put their lives on the line to protect our freedom. 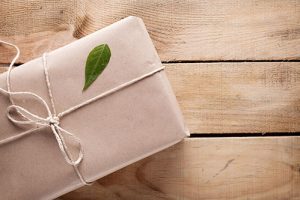 Veterans Day isn't about a three-day weekend for Americans. It is important that we pause and think about the sacrifice so many have made and continue to make for us every day. Our country is laden with veterans who are homeless, unemployed, wounded and fighting psychological trauma from their experiences on the battlefront. Not only are our veterans impacted, but their families are as well.

The families of these brave souls sacrifice their time with their loved one and the sense of security that we take for granted that our loved ones will be home safely each day.

Ways You Can Get Involved With Veterans Day

This Veterans Day, we challenge you to get out and honor our veterans. Some ideas to try with your family this year:

So many veterans feel forgotten by our country, make a difference this Veterans Day in Rancho Cucamonga, CA and show a military family that you recognize the sacrifices they’ve made. All City Plumbing is happy to provide you with the history of Veterans Day. For plumbing assistance, call (909) 552-7550.